Interview with one of the founders of Marketcall Alexey Shmonov.

We talked with one of the founders of Marketcall Alexey Shmonov. He  told us the story of the creation of companies, gave his opinion on the industry of perfomance marketing in Russia and America and gave advice to affiliates.

- Why did you choose affiliate marketing as a sphere for your business?

I can`t say that we chose it, rather, this industry found us. During work at one of our e-commerce businesses a friend advised me to connect with an affiliate network. We did and saw a stunning result: we increased sales by 10 percent, paying only for a specific result and without making any efforts ourselves. It interested us and we decided to get to know this industry better. Here we saw a large gathering of talented and intelligent people who work on the brink of technology and with maximum efficiency for the business. We began to look for our market. First, we opened the Leadsup microfinance affiliate network. The network was engaged in sales of financial leads by the auction model. We did a lot of mistakes, six months later we closed this business, as it turns out later very vain. Now all companies in this market have multi-million dollar turnover. Soon we saw a new opportunity and potential - the call market. A call is a kind of hot lead: a person is so interested in making a purchase or consuming a service that he calls himself. Conversion from such targeted actions is the highest. In fact, we work almost at the very bottom of the advertiser's sales funnel, giving maximum efficiency. That`s how Marketcall appeared. And if in the American market at this moment there were already several projects in a similar format, Russian market was completely empty.

- What were your expectations at the initial stage?

We understood that an empty market does not mean a market ready for consumption. Most advertisers at that time used to buy clicks or impressions and did not have end-to-end analytics. The era of call tracking was just beginning, marketers were beginning to understand that there were calls from some channels and no calls from others.

Through some channels the cost of a call reached 100,000 rubles! Therefore, we began to actively offer a product where advertisers will pay only for calls and not clicks, impressions or applications from forms on sites. At the same time we immediately tried to make the product as perfect as possible and introduced the concept of a target call. Such a call was the initial call within the system (there was no need to pay several times for attracting one client, unlike contextual advertising and other sources). The caller should have shown interest in the service and readiness to consume it (no need to pay for advertising calls or service calls). The advertiser was given a convenient personal account in which he could listen to any call and reject if it was not the target call. Also, the target call always has a parameter of minimum duration: for example, 90 or 120 seconds, so all short and non-targeted calls were not counted by the system and were not paid. And most importantly, what we have done for advertisers is a fixed price for each targeted call. All this together allowed us to create a very powerful and unique product that quickly stirred up the market. 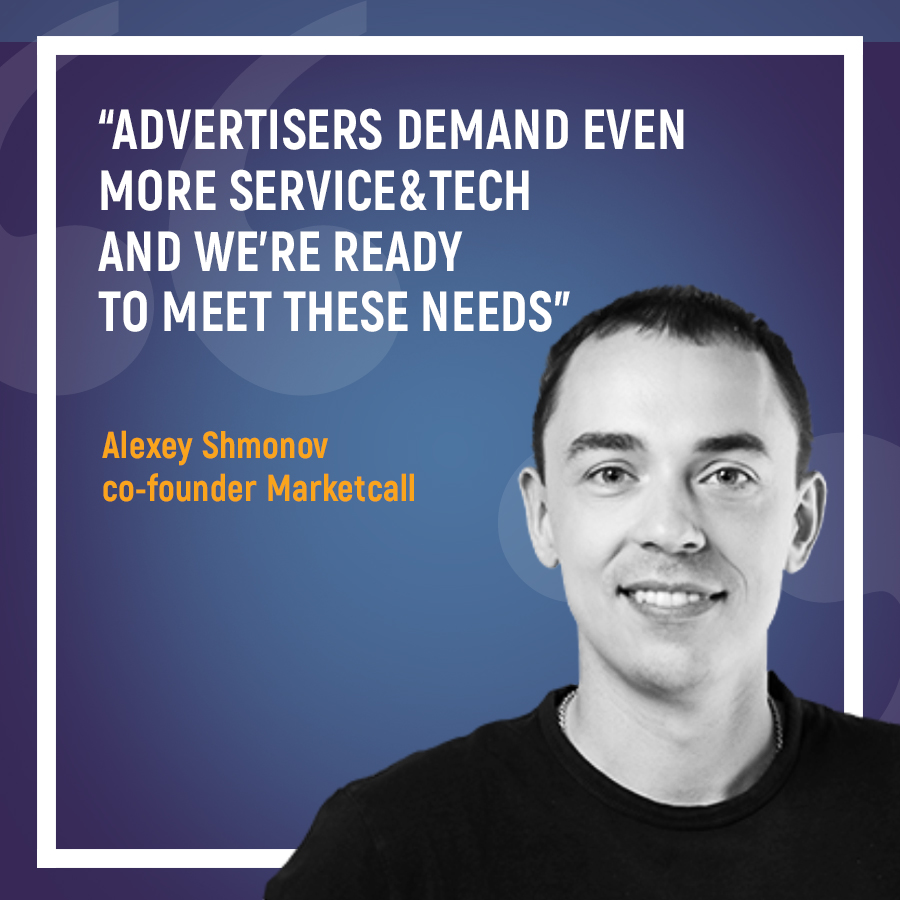 - How has the market changed since you started?

Over the past 5 years, the market has changed a lot: marketers began to take a more detailed approach to evaluating advertising campaigns; the number of targeted calls was firmly embedded in KPI.  It`s pleasing that the market is moving further and is beginning to understand that different advertising sources have different conversions in sales. Advertisers wanted even more service and technology that we gave them. We tried to automate the maximum number of processes. Thereby reducing the labor costs of customers and also gave methods that greatly increase the efficiency of our service and increase customer sales.

So we introduced the hands-free service - now customers do not need to listen to 95% of calls and reject, the system will do this automatically for them. We connected artificial intelligence and transcription (the system automatically translates speech into text), in a matter of seconds you can understand what they talked about in a conversation and what keywords they met there. Most importantly, we are now integrating with the CRM system of the client, and we will find out which of our partners give more conversion calls, as a result of which more sales are made. In many companies this has led to a reduction in the cost of sales by 20-30%. We help all advertisers with the design of advertising materials, the creation of landing pages, this removed another pain of the client - often advertisers do not have conversion sites, and the cost of completion is very high and takes months.

We also opened new directions - this is payment for the lead (the client fills out the application form) and for the sale, in some subjects it works very well and we are actively developing this direction now.

- Did you plan expansion and going beyond Russia?

Yes, we initially understood that we would go out into the world. We made the first attempt after a year and a half, having opened an office in Kiev. As it turned out, the market there is very similar to the Russian which predicted us success. In general, the CIS market is relatively small, technologies come here with some delay, it has few large and medium-sized advertisers. Even a small business of 20-100 employees can spend more on advertising than the average developer. Therefore, we set a goal to enter the US market already in 2017.

- What is the difference between industry in the states and the domestic?

Firstly, doing business in the USA and Russia is completely different: different business etiquette and approach. Secondly, Internet marketing in the USA is developing at least 10 years longer and all technologies mainly come from there. Thirdly, the number of customers, their average bill and the number of potential customers exceeds the CIS market by tens of times and in some industries by hundreds of times.

- What of your expectations did not come true? And what, on the contrary, pleasantly and unexpectedly surprised you?

We opened our eyes immediately after the first conference in New York. We realized that the market is radically different. Already certain interaction schemes have been formed in the US market, according to which it was working. The main difference is the scheme of work: in the USA there are many medium and small advertisers who work only in certain states or cities, and often the so-called auction between advertisers for their client occurs. In Russia advertisers are used to waiting for a customer at the handset, rather than fighting for it. In a fairly quick time, we were able to adapt Marketcall to current conditions. Now we are gradually starting to introduce some of the technologies for the Russian market.

It was pleasant that in the USA people speak the language of money, sales and efficiency. I was also surprised by the speed of interaction: the entire document flow is electronic: you can set up the client 5 minutes after a telephone conversation.

Perhaps the most pleasant thing was the almost absence of limits, daily/monthly restrictions. If in Russia there is a plan and sales departments strive to fulfill it, then in America a plan is needed to overfulfill it. Therefore, advertisers are ready to buy targeted calls almost unlimitedly which certainly motivates our partners for long-term relationships. 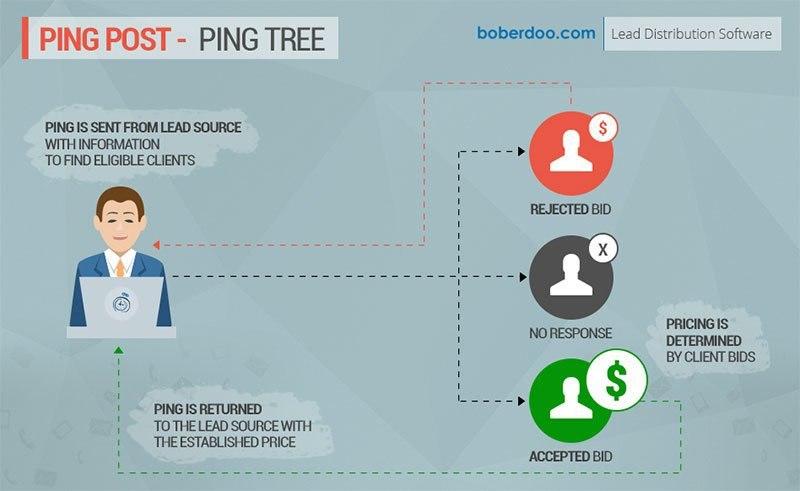 - What are your forecasts for the affiliate market in Russia for the coming year?

In my opinion, this market is will grow. In the West and in the USA budgets for performance marketing are growing at a tremendous rate each year. Of course, the market will be guided by the performance results of companies which is absolutely normal.

- What advice can you give affiliates on managing expectations when working in the industry?

First, do not run between different verticals. Select one source and one vertical, then work with it. It’s better to go into something new and gaining demand or even better to immediately aim at the global market.

Engage in low cost traffic sources. Creation of narrow local sites for SEO is very popular in the USA (a lot of publishers earn crazy money on this), E-mail and SMS are a multi-billion dollar industry in the USA and practically undeveloped in Russia. And, of course, test everything new, usually there you can expect a good ROI. My personal forecast is that adsets to messengers and bots will go very well.

The main advice is not to give up and everything will work out! Good luck!

By subscribing you agree to our terms
Marketcall is hiring. Flexible hours, Insurance coverage, hot coffee and cookies. Apply now